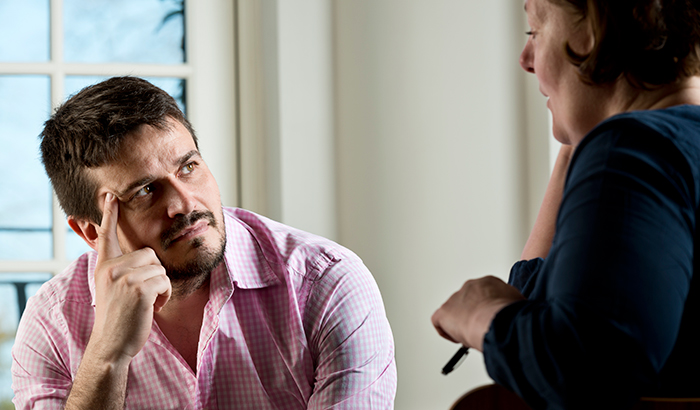 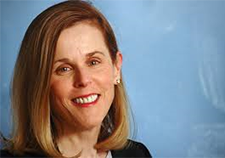 Listen to the full interview with Schnurr about the trial.

Based on prior studies, VA began a huge effort in 2006 to train thousands of mental health therapists in two forms of psychotherapy to treat posttraumatic stress disorder. The two treatments aren’t the only ones VA therapists offer, but they are among those with the strongest evidence behind them.

One is prolonged exposure therapy (PE). The other is cognitive processing therapy (CPT). They are two of the most extensively studies types of trauma-focused psychotherapy and are recommended as first-line treatment in the PTSD practice guideline developed jointly by VA and the Department of Defense.

According to the VA National Center for PTSD’s online Treatment Decision Aid tool, 53 out of 100 patients who receive PE, CPT, or another trauma-focused therapy called eye movement desensitization and reprocessing (EMDR) will no longer have PTSD. In contrast, with medication alone, only 42 out of 100 will achieve remission.

Another trial: PE versus interpersonal therapy

VA Research Currents: Dr. Schnurr, please give us a bit of background on the use of these two psychotherapies in VA.

Dr. Paula Schnurr: VA and the Department of Defense have a practice guideline for PTSD with a new version that was just issued in June 2017.  The recommended first-line treatment is trauma-focused psychotherapy, even above the best medications and other types of psychotherapies. Starting in 2006, VA began a program to train VA therapists in two of the most effective of the trauma-focused psychotherapies, cognitive processing therapy and prolonged exposure. However, it's important to remember that we also offer eye movement desensitization and reprocessing, or EMDR, which is also one of the trauma-focused therapies, as well as other types of trauma-focused therapy that may be effective.

The national [VA] initiative has trained a force of 7,000 people in CPT or PE. We thought the comparison between PE and CPT was particularly important because those are the two treatments we have implemented in the national training program. They also are different treatments theoretically, and in the way they are delivered, and people will often have preferences for one versus the other.

"What we're trying to do in our comparison...is address what works best for which patients, so that clinicians, patients, and policymakers can use that information in trying to help patients get the best treatment."

In practice, how does a therapist decide which therapy will be best for a particular Veteran?

Exactly what is done may vary between therapists and across VA sites. But at all VA facilities, patients have access to these treatments. And so there is some discussion, either one-on-one between a patient and a therapist, and/or with a larger group. Many sites use orientation sessions presenting to a group of Veteran patients who can ask questions and learn in the group format.  At some sites, the person might say, "I really want PE," for example, and they would get assigned to a PE therapist. In some cases, that decision would get made once the person was assigned to a therapist.

In addition, our National Center has developed a decision aid to help patients determine the kind of treatment they think they would like, or that they would like to learn more about to help inform the discussion with their therapists. Patient preference is critical and is factored into decision-making. Now, a particular therapist may choose to tell a particular patient why the therapist thinks, say, PE or CPT might be better, but this is all about conversation, and patient preference is a critical component of any decision-making. 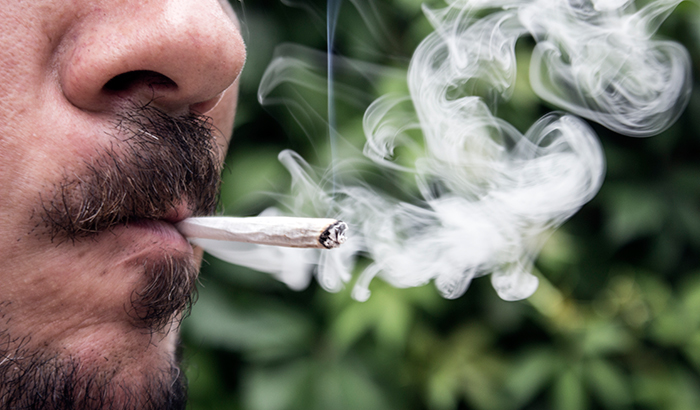 Tell us a bit more about these two psychotherapies. What are the principles underlying them and how exactly do they work?

PE is based on the assumption that the patient’s avoidance of memories — the painful memories associated with their traumatic experience — maintain the PTSD symptoms. And so in PE, the focus is processing the trauma memory so that the memory is no longer overwhelming. The belief in PE is that in order to fully process that memory and have it no longer dominate a person's life, it's necessary to integrate that memory into the broader context of the memories that we have.  And so it's done by repeatedly retelling the story of a traumatic experience in a vivid way over time — making a recording of that retelling and listening to that repeatedly, with the idea that this repetition decreases the distress. It’s been proven time and time again in studies that PE is an effective treatment.

In CPT, the focus is more on the person's thoughts, rather than the trauma memory itself. In the original version of CPT, people would write out a trauma narrative that they would use in the therapy, although not repeatedly and intensively like in PE. The newest version of CPT no longer includes the trauma narrative. CPT focuses on helping patients analyze and challenge their thoughts related to themes such as feelings of safety and competence, and in essence, taking a critical approach to the thoughts about the traumatic experience. The therapist isn't at all trying to tell a patient what to think or telling a patient what is right and wrong. Rather, the therapist is helping the patient learn skills to do the critical examination themselves.

We think CPT works as well as PE, but so far there's only been one head-to-head trial.  That's why we're doing this Cooperative Studies trial. What we're trying to do in our comparison of PE and CPT is address what works best for which patients, so that clinicians, patients, and policymakers can use that information in trying to help patients get the best treatment for them.

What role, if any, did VA play in developing these psychotherapies?

VA played a key role in CPT because we did the first study of CPT for Veterans. Also, the VA cooperative study that Matt Friedman and Chuck Engel and I did [of PE] was the first study of any kind of treatment for female Veterans with PTSD.  So VA played a crucial role in investigating these treatments and demonstrating their efficacy in Veteran patients.

With an overall sample of 900 patients, to what extent will you be able to learn about how each therapy works for particular subgroups of Veteran—say, men versus women, or older versus younger Veterans?

We have created a study that we believe will be large enough for stratifying the data along meaningful lines to find moderation effects. For example, currently about 20 percent [of those enrolled] are women. So if we hit our target, we will have a very large number of women to compare with men. Gender is at the top of my list, followed by things like trauma type, war era, and age, as well as race and ethnicity. We will have enough statistical power to make meaningful conclusions about the effect of those factors.

Once this trial is completed, do you think your team will want to do further trials comparing PE and/or CPT to other types of treatment for PTSD, such as EMDR or other forms of psychotherapy that are also in use in VA?

The next thing I want to do is investigate strategies to enhance the effectiveness of the treatments that work. Our treatments work well but they don't work well enough for enough people yet, and finding ways to boost their effectiveness is very important. Rather than developing new therapies or just switching to new therapies, I think we have to try to find ways to enhance what we have now. One angle on this is enhancing patient engagement. Some people sign up for treatment and they never come, or they only come for a few sessions, so people are looking at this currently. Some people are also looking at medications to enhance psychotherapy. Other people are looking at strategies such as having peer supporters. I'm not sure what I am going to do next, but I think my next comparison won't be another head to head, but rather some way to try to help VA learn more about how we can enhance these already-effective therapies that we offer.

The above Q&A is adapted from a longer interview. To hear the full interview, visit www.research.va.gov/podcasts/default.cfm.

Another trial: PE versus interpersonal therapy

Independent of VA’s large Cooperative Studies trial comparing prolonged exposure therapy (PE) with cognitive processing therapy, another VA study in the works is testing PE against yet a different psychotherapy.

Dr. Tracie Shea is a staff psychologist with the Trauma Recovery Services Clinic and the Center for Neurorestoration and Neurotechnology at the Providence VA Medical Center in Rhode Island. She and her colleagues, including Dr. Frederic Sautter at the Southeast Louisiana VA Healthcare System, are enrolling 176 Veterans — across both sites — in a trial of PE versus a treatment called interpersonal therapy, adapted especially for use with PTSD (IPT-PTSD) by Dr. Janice Krupnick at Georgetown University.

Here’s how Shea describes PE: “It’s focused on emotionally processing trauma by a detailed imaginal revisiting of the traumatic memory that occurs repeatedly in sessions with a therapist, as well as at home by listening to the session recording. The therapy also helps patients to re-engage with previously avoided situations that arouse trauma-related anxiety by helping them to approach these situations in a supported and safe way.”

And here’s her nutshell description of IPT-PTSD, which she says is a modified version of a leading depression therapy that has been rolled out as an evidence-based treatment in VA:

Both therapies involve 12 weekly individual sessions, for a total of three months of therapy.

The researchers are recruiting male and female Veterans of all eras with a history of war-zone deployment who meet the criteria for PTSD and report difficulties relating to others.

Dr. Shauna Finley, a clinical research psychologist who is the project coordinator for the study at the Providence VA, says that to date, more than 30 Vets have received therapy through the trial. “We have received lots of positive feedback from Veterans about their experiences,” she reports.

Similar to the larger trial of PE versus CPT, Shea’s group is taking into account both military and lifetime trauma. “Both approaches tailor therapy to the Veteran’s needs and experiences,” she says.

The end goal is also similar: “We are looking at whether IPT works as well as PE in treating PTSD symptoms, and also whether IPT might have a stronger benefit in improving interpersonal relationships.  The ultimate goal is to improve on the therapy services we have here for Veterans.”