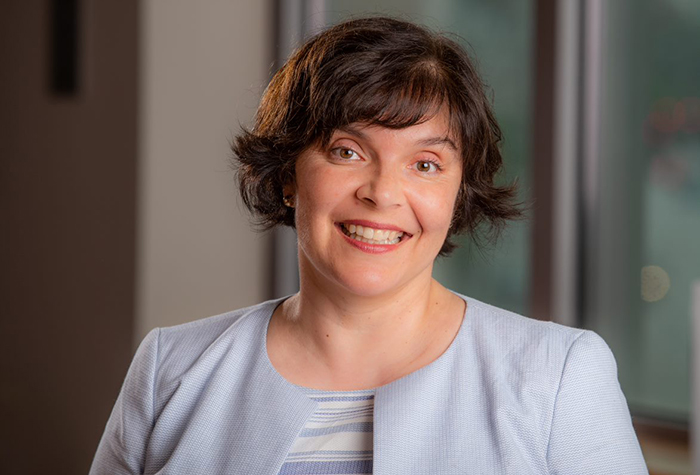 Dr. A. Rani Elwy, a health psychologist and health services researcher at the VA Bedford Healthcare System in Massachusetts, is leading research on how VA should best communicate about unsafe clinical practices at VA hospitals.

More than a decade ago, VA revealed that more than 10,000 patients at VA medical centers in Florida, Georgia, and Tennessee may have had colonoscopies between 2004 and 2009 with equipment that was rinsed between uses rather than properly sterilized by steam and chemicals.

Blood tests showed that of the estimated 2,500 Veterans exposed to the equipment at the Miami VA alone, at least 14 tested positively for infectious diseases: five for HIV, eight for hepatitis C, and one for hepatitis B.

Veterans responded by filing multiple lawsuits against VA. In one case, a federal judge awarded $1.25 million in damages to a patient who contracted hepatitis C after undergoing a colonoscopy with the improperly cleaned equipment at the Miami VA. VA lawyers argued there was no proof the Veteran acquired the disease during his colonoscopy.

Initially, VA was slow to tell patients who may have been impacted by these incidents, as well as the press, the full story about what happened, remembers Dr. A. Rani Elwy, a health psychologist and health services researcher at the VA Bedford Healthcare System in Massachusetts. 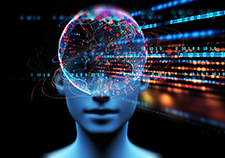 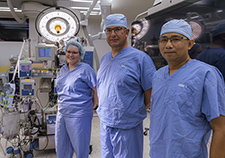 “One of the problems that occurred so dramatically in Miami, Tennessee, and Georgia is that no one was allowed to talk to the media,” Elwy says. “Basically, the story was told by everyone else except VA. People file civil claims because they feel like they’re not being told everything. It’s not about the actual health care event. They feel like the health care system is hiding something from them. They feel that they’re not being told the whole truth.”

Dr. Robert Jesse, VA’s principal deputy undersecretary for health at the time, was involved in each legal action resulting from these incidents. Because he was also a big proponent of using research evidence to address failures in the health system communication process, he approached VA’s Office of Research and Development to determine what evidence existed for these difficult disclosures.

At the time, a VA directive on disclosing details about adverse events at VA hospitals called for notifying Veterans about problems in the health care system.

“I remember very clearly his message to our research team was, `We need to know whether we are doing more harm than good in telling Veterans what went wrong during their health care,’” says Elwy, who is also an associate professor at Brown University. “Our eventual response to that question, based on the health services research by our team, was we are doing absolutely the right thing by telling them. But we can tell them this information in a way that will make them have more confidence in VA and decrease their anxiety and distress. There are definitely better ways of communicating, but the act of communicating, we learned, was really important. Basically, it was the process of communication that wasn’t working well at the time. It wasn’t the act of communication itself.”

The incidents at the VA hospitals in Florida, Georgia, and Tennessee provided the impetus for creating a VA initiative that changed how the agency informs its employees, patients and their families, and the media about what are called large-scale adverse events. Such events potentially expose thousands of hospital patients worldwide each year to unsafe clinical practices that stem from systemic and preventable errors. These events can injure many patients or increase their risk of injury but are not detected by the health care system when they occur.

Elwy has spearheaded a VA program that provides verbal and written communication expertise to VA facilities needing to disclose information about heath care to patients, families, employees, and the public. This information is in a toolkit that she and her colleagues developed through a VA-funded five-part study that focused on proven communication responses to large-scale adverse events. The toolkit is aligned with a 2018 VA directive—the most up-to-date one of its kind in VA—that establishes a policy ensuring consistency in how VA discloses details about adverse events in clinical care.

In the study, Elwy and her team interviewed leaders, employees, patients, and family members at nine VA facilities where large-scale adverse events were disclosed to identify key lessons learned. When reflecting on past events, many leaders and employees felt that they needed resources to help with the communication process. The toolkit, which notes that large-scale adverse event disclosure is “complex and requires quick execution,” was created to help address that need. 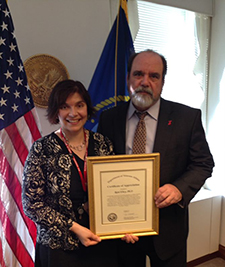 Dr. Robert Jesse, a former VA principal deputy undersecretary for health, presents Rani Elwy with a certificate of appreciation in 2014 for the work she and her team did to improve how VA responds to adverse events.

Dr. Robert Jesse, a former VA principal deputy undersecretary for health, presents Rani Elwy with a certificate of appreciation in 2014 for the work she and her team did to improve how VA responds to adverse events.

Among the messages Elwy and her team gleaned from the research is that it’s unhelpful to Veterans to downplay the risk of an adverse event, and that a health care worker must tell them about the event verbally, not through the mail. When a letter arrives about an adverse event, Veterans may want to talk to a health care worker immediately, Elwy says, noting that they also may not know what to do with the information.

“Very, very few if any of these Veterans have ever contracted HIV or hepatitis C or hepatitis B as a result of something like this,” she says. “But you never know. So one of the messages is that it would be good for them to come back in and get a blood test just to make sure they’re okay. But anytime you say the word HIV or hepatitis to a Veteran, that’s very scary. It’s better to hear that over the phone so they can ask questions. Then you can say, ‘We really don’t want to leave anything uncovered. Can you please come back in and have a test?’ As opposed to putting it into words in a letter when they have no one to talk to and may think, ‘Oh my God, I have HIV.’

“In our toolkit,” she adds, “we try to make sure the language is straightforward, that we’re not trying to say to someone, ‘Look, you’ll be fine. But we’re just telling you this because we want to tell you.’ We’re trying to avoid any downplaying because it’s unhelpful for decision-making moving forward. It doesn’t help Veterans with what to do next.”

“When we talk to facilities that need to do a disclosure, we talk to the chief of staff, we talk to the public affairs officer, we talk to anyone who’s going to be doing the communication,” Elwy says. “We learned from our research that these teams should be created.”

The toolkit begins with steps facilities can take to prepare for a large-scale adverse event before it occurs. It then describes the disclosure team leaders each facility director should appoint, and the roles each team needs to play during the disclosure process. Each disclosure team has goals to meet, action items to follow, and training materials and resources to assist it. While the toolkit was created initially for use within VA, Elwy explains, its contents apply to any health care system.

According to Elwy, all VA hospitals and VISNs (Veterans Integrated Service Networks) that she and her team have worked with in recent years have received the toolkit. The toolkit was first made available through VA Pulse, an online information portal for VA employees. VA Pulse no longer exists. So Elwy and her team are working with the VA Clinical Episode Review Team (CERT) to make the toolkit available via a VA website, but those plans have not been finalized.

CERT, which was also created in the aftermath of the incidents at the VA facilities in Florida, Georgia, and Tennessee, is responsible for keeping track of adverse events at VA hospitals, including those that require a large-scale disclosure. Between 2016 and 2019, CERT reviewed 188 events, most of which did not require a large-scale disclosure. Instead, hospital officials communicated information about these events to Veterans on an individual basis.

Dr. Gavin West, an internist at the VA Salt Lake City Health Care System, is the chair of CERT. He says large-scale adverse incidents can run the gamut in their diversity, in both VA and non-VA health care facilities.

“Anything you can think of probably will and can happen, unfortunately,” he says. “There can be surgical misadventures where the wrong equipment is used. There could be medication errors when somebody stocks drug dispensing machines with the wrong drug. Over the course of the next three to four weeks several hundred patients get the wrong drug from the machine. There can be problems with clinical studies. Say somebody did a thousand CT scans of the chest and stored them somewhere. But then they were lost or forgotten for a year and not followed up on. All of those kinds of things can lead to big institutional adverse events.”

In West’s opinion, VA is “significantly better” today than it used to be in understanding how to respond to large-scale adverse events. The agency also is better at reacting to such events than hospitals in the private sector, he says.

No known statistics are available to compare VA to non-VA facilities in safety practices. However, researchers have found that VA, the largest integrated health care system in the country, often performs better than or similarly to non-VA hospitals with regard to the safety and effectiveness of care.

“I think we lead the process nationally,” he says. “I don’t want to say internationally. A couple of groups in other countries also study it. But this kind of transparency in identifying big problems, reacting to them, fixing the problems, and then empathetically listening to and communicating with patients just doesn’t happen anywhere else because nobody really has the interest to do that kind of research. Big private hospitals would much prefer to get the lawyers to suppress that kind of information before it gets in the press. We’re one of the only groups that will actually research this as a process and that is specifically dedicated to addressing these issues.”

With VA being a taxpayer-funded U.S. government agency, it makes sense for VA to be more transparent with its patients, West notes.

“The other thing, too, is we have a huge cadre of stakeholders,” he says. “It’s not just the lawyers or the patients. It’s Congress, the public at large, the Veteran associations, and the press. The press loves a good VA failure story, so we always have to do a little better job that way. I like to think we have a little bit more of an altruistic approach with these types of issues. We’re not doing it just to cover our behind with the press or Congress. It’s because it’s the right thing to do.”

He hopes VA ultimately becomes the “authority” in the health care sector on responding to large-scale adverse events.