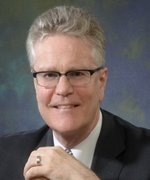 Dr. Terence M. Keane, director of behavioral science at the National Center for PTSD at the VA Boston Healthcare System, was elected president of the American Psychological Foundation (APF), the philanthropic arm of the American Psychological Association (APA). Keane, who started his term Jan. 1, 2017, is considered a national expert on posttraumatic stress disorder (PTSD) and has received multiple honors for his groundbreaking work on psychological stress.

"I am honored to become president of an organization that has such a profound impact on so many lives," said Keane in an APA press release. "I look forward to beginning my work as president to make a positive difference for people, especially those exposed to traumatic life events and who develop post-traumatic stress disorder."

Keane, who is also professor of psychiatry and assistant dean for research at Boston University School of Medicine, is noted for his seminal contributions to the understanding and development of treatments for PTSD. Over his career he has published more than 300 articles, chapters, and books on the subject. Keane has received research funding from multiple federal agencies, such as VA and the National Institutes of Health, and currently is co-director of the Consortium to Alleviate PTSD, funded jointly by VA and the Department of Defense.

In 2015, Keane received the John Blair Barnwell Award, the highest honor from VA Clinical Science Research and Development for outstanding achievement in clinical research. He is also the recipient of the Lifetime Achievement Award from the International Society of Traumatic Stress Studies and Outstanding Researcher Award in Cognitive Behavior Therapy from the Association for Behavioral and Cognitive Therapies.

The APF funds roughly $800,000 in research grants and scholarships annually. Its mission is to support early career psychologists and scientists as they pursue cutting-edge research.

To learn more about the joint VA/DoD consortium that Keane co-leads read "New research consortia will focus on PTSD and TBI."