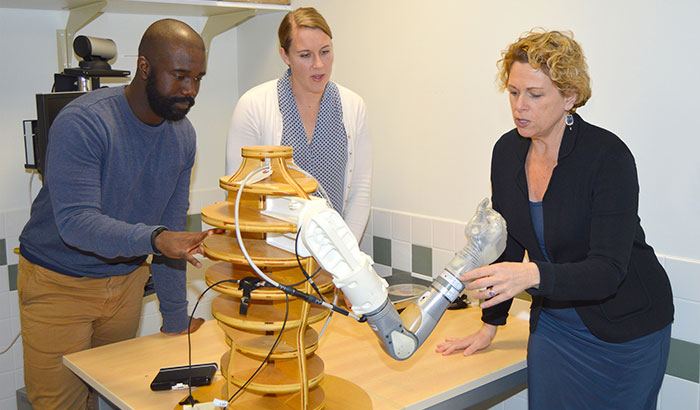 VA researchers were integral in testing and optimizing the LUKE/DEKA advanced prosthetic arm, and Veterans are now receiving the device.

The arm was developed by DEKA Integrated Solutions Corp. It is the first prosthetic arm capable of performing multiple simultaneous powered movements. The Defense Advanced Research Project Agency (DARPA) funded the project. As the clinical research partner with DARPA, VA contributed funding and eight years of research participating in the development of the prosthetic arm. The FDA approved the DEKA Arm in May 2014, paving the way for the device to be manufactured, marketed, and made available in the VA health system and other settings. The DEKA Arm is now available commercially as the LUKE Arm, manufactured by Mobius Bionics.