ORD Home » Currents  » Grape juice may have the potential to improve cognitive performance in Gulf... 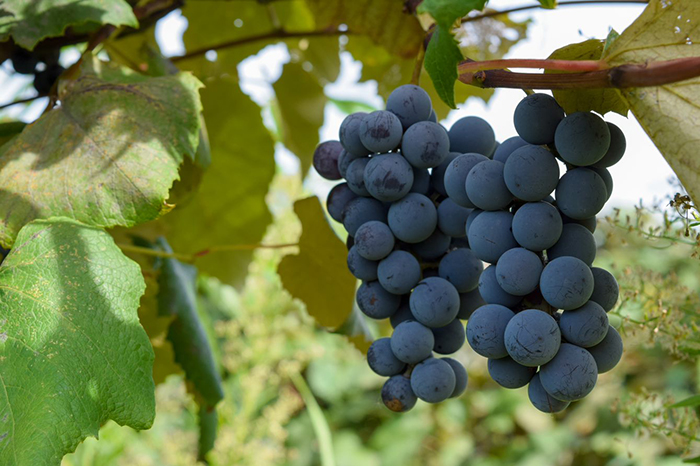 Concord grape juice has gained interest as a therapy due to its high concentration of polyphenols, molecules that have an antioxidant effect in the body. Studies have shown that some polyphenols in grape juice can potentially have a benefit in the brain. (Photo: ©iStock/Keller)

"In the absence of specific treatments for Gulf War illness, I encourage Veterans to be proactive about trying low-risk, low-cost, and potentially helpful strategies to improve their health."

A VA pilot study finds that Concord grape juice contains ingredients that may have the potential to improve cognitive performance in Veterans with Gulf War illness.

The results appeared in the journal Life Sciences in July 2021.

Concord grape juice contains high concentrations of polyphenols, molecules that have an antioxidant effect in the body. Studies have shown that some polyphenols in grape juice are able to cross the blood-brain barrier, potentially having a direct benefit in the brain. At least one small 2010 study suggested that polyphenols may help people with mild cognitive impairment, which is a sign of early memory loss or other cognitive disabilities and can be a precursor to Alzheimer’s disease, one of the most common forms of dementia. 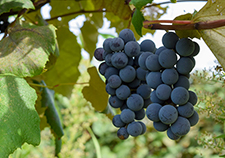 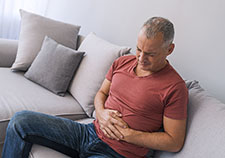 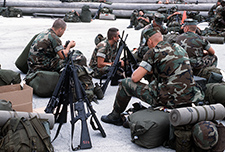 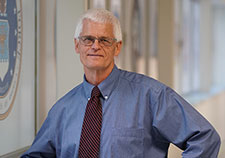 Dr. Drew Helmer, an internist at the Michael E. DeBakey VA Medical Center in Houston, co-authored the 2021 paper. He and his colleagues first identified whether drinking Concord grape juice is linked to increased levels of polyphenols in the blood. They then tried to learn whether these increases correlate with improved cognitive performance in 26 Veterans with Gulf War illness.

Original predictions `supported by the research’

The researchers identified 76 metabolites in the blood samples of the participants. They found three of the metabolites to be much higher in the Concord grape juice group of 14 Veterans, compared with placebo, at 24 weeks. They also observed strong links between changes in cognitive function and changes in serum levels of two types of metabolites from baseline to 24 weeks.

“Our data suggest that dietary supplementation with Concord grape juice is associated with increased bioavailability of specific phenolic metabolites, some of which may be correlated with cognitive performance,” the researchers write.

Before embarking on the study, Helmer and his team hypothesized that Concord grape juice, when administered at the highest studied dosage of 16 ounces per day, would increase blood levels of the polyphenols.

“It was reassuring to see that our predictions, our `educated guesses,’ were supported by the research,” says Helmer, who is also a professor at Baylor College of Medicine in Houston.

“Clinical trials are challenging and take a long time. You want to be pretty certain that you’re on the right track before you commit to a larger study. These projects take three to four years and cost at least $1 million.”

Gulf War illness is a cluster of medically unexplained chronic symptoms that have plagued about a third of the nearly 700,000 service members who deployed to the Persian Gulf region in the early 1990s. The symptoms can include fatigue, headaches, joint pain, indigestion, bowel discomfort, insomnia, dizziness, respiratory disorders, skin problems, and memory impairment. VA researchers have conducted many studies to better understand Gulf War illness, for which there are no proven treatments.

Concord grape juice has gained interest in the medical community as a therapy due to its high concentration of polyphenols and the benefits associated with its consumption, including reduced inflammation and improved cardiovascular health.

Other types of grape juice may have similar benefits. But Concord grape juice, Helmer notes, offers a more concentrated form of polyphenols.

“There are more grapes in a glass of juice than one might care to eat as whole grapes,” he says. “There are other, more concentrated forms of grapes, but the creation of these involves additional processing, which can destroy the beneficial activity of the polyphenols. Additional evaluation would be required to ensure that other concentrated forms of grapes retain the beneficial polyphenols.”

Wine contains polyphenols from the grapes, as well as alcohol, which is a sedative. Helmer   cautions against consuming wine because of its potential for negative health effects. “I’m not aware of a study that has looked at the benefits of wine in Veterans with Gulf War illness,” he says. “The risks of consuming wine may outweigh the benefits for these Veterans. They should not increase their wine intake based on our research.”

Helmer’s pilot study took what he called a “deeper dive” into the results of a 2020 randomized controlled trial. The trial explored whether Concord grape juice was tolerable and safe in Veterans with Gulf War illness, and if it improved cognitive function and fatigue. The primary concern regarding tolerability and safety, according to Helmer, dealt with the addition of sugar to the diet. “Theoretically, this could worsen blood sugar control in people with diabetes, who were excluded from the trial, and could contribute to weight gain,” he says.

Helmer, who was at VA New Jersey at the time, led that clinical trial. Thirty-one Veterans completed a six-month program in which they consumed Concord grape juice or placebo. Only 26 made the final analysis because their logs indicated that they drank the juice at least 80% of the time. Of the 26, 14 consumed the grape juice, and 12 were in the placebo group. The placebo beverage contained no juice or polyphenol compounds but was designed to match the Concord grape juice in color, taste, calories, and sugar levels.

The participants were mostly men and White. Their average age was 53 years and average body mass index was in the obese range. The daily dose of grape juice increased from four ounces to 16 ounces for the last two-thirds of the 24-week trial.

The Veterans completed commonly used neurocognitive tests and self-reported surveys at baseline, 12, and 24 weeks. Those who drank Concord group juice showed modest improvements in cognition based on the tests. They were asked, for example, to draw lines connecting corresponding circled numbers on a page in sequence as fast as they could. They were also asked to read a list of numbers and to then repeat the same numbers in forward and reverse order. Other measures of cognitive function indicated no improvements in the grape juice cohort.

“We saw a hint of benefit there, which is great because it’s a very small sample,” Helmer says. “Then we tried to take that next step to say, `People who drink the grape juice seem to have a little bit better cognitive performance, which is what we thought would happen. But what happened in their blood, and why did it happen? Lo and behold, we saw a consistent change in the blood levels of the polyphenols.”

No prescription for Concord grape juice

Even so, Concord grape juice, which is not a recognized therapy in the health care system, is not ready to be part of the standard of care for Veterans with Gulf War illness, Helmer notes.

He and his colleagues are exploring other sources of polyphenols, such as blueberry extract, to find a dietary supplement that is easily tolerated and increases levels of the most helpful types of polyphenols. “Many fruits and vegetables contain potentially beneficial polyphenols,” he says.

Helmer has been involved in several studies on Gulf War illness. He also co-chairs the “Genomics of Gulf War Illness,” a study examining the possibility of a genetic basis for Gulf War illness, specifically an interaction between Veterans’ genes and their military exposures. That project is part of VA’s Million Veteran Program, which aims to learn how genes, lifestyle, and military exposures affect health and illness.

“We think that interaction is very important to understanding why some Veterans deployed to the Persian Gulf region from 1990 to 1991 developed Gulf War illness, while others did not,” Helmer says. “Also, connecting the suspicious genes to the metabolic pathways they influence might help us better understand the mechanism behind the symptoms of Gulf War Illness.”

Currently, Helmer and his team are designing a study to use blueberry extract and other sources of polyphenols to better understand how they become available in the body and impact cellular function in Veterans with Gulf War illness. They hope that study will confirm the process by which polyphenols may produce health benefits in Veterans with Gulf War illness. Such results will be needed to get funding for a larger, more definitive randomized controlled trial to test for the clinical benefit of polyphenols.

Meanwhile, he says, Veterans can speak with their providers about adding more polyphenols to their diets and assess for themselves if they see an improvement in symptoms, quality of life, and the ability to function.

“In the absence of specific treatments for Gulf War illness, I encourage Veterans to be proactive about trying low-risk, low-cost, and potentially helpful strategies to improve their health,” Helmer says. “Sharing your personal health goals with your health care team and discussing the pros and cons of different management options is crucial to a better quality of life.”