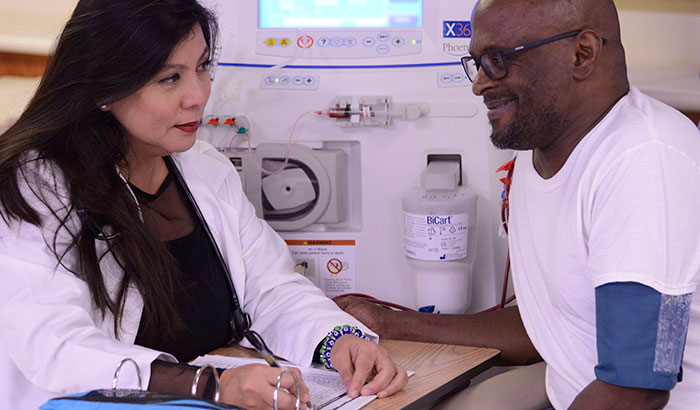 Those with resistant hypertension had a 23 percent higher risk of heart attack.

Resistant hypertension is “a condition that increases cardiovascular risk in a tremendous way,” says Dr. Adriana M. Hung, one of the study’s lead investigators. Her group focuses on kidney disease and the impact of high blood pressure and diabetes on kidney function.

The study team included researchers from the Memphis and Nashville VA medical centers. They presented their findings earlier this month at Kidney Week 2017, a conference hosted by the American Society of Nephrology.

According to the researchers, better blood pressure control could lower the risk of heart attack and stroke for those with resistant hypertension. More research is needed to explain how this condition is connected to kidney failure, they say.

The team is continuing this research by studying the genetic basis of resistant hypertension. They aim to use MVP data to identify genetic targets that can be treated with medication to better rein in high pressure.

MVP, now with more than 600,000 Veterans enrolled, is one of the world’s largest databases of health and genetic information.