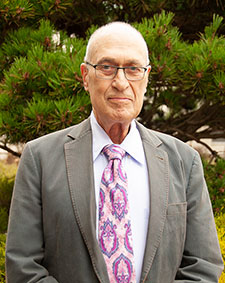 Dr. Peter Elias, a Veteran of the U.S. Public Health Service, is a staff physician and the former chief of dermatology at the San Francisco VA Health Care System.

Dr. Peter Elias, a Veteran of the U.S. Public Health Service, is a staff physician and the former chief of dermatology at the San Francisco VA Health Care System.

Dr. Peter Elias, a Veteran of the U.S. Public Health Service, is a staff physician and the former chief of dermatology at the San Francisco VA Health Care System, a position he held for more than 20 years. In a career that has spanned more than four decades, he has contributed to hundreds of academic papers and has won many awards for his medical work, including the prestigious William Montagna and Kligman-Frost awards from the Society for Investigative Dermatology. He’s proud to have mentored hundreds of medical students, post-doctoral candidates, and research scholars from all over the world in his dermatology lab since the 1970s. He’s also a founding member of the International Society of Skin Pharmacology and Physiology, and he’s a professor emeritus in the department of dermatology at the University of California, San Francisco.

During the Vietnam War era, all physicians were required to enlist, and I was no exception. I wasn’t part of any boot camp, which wasn’t required for licensed physicians. I was assigned to the Public Health Service and allowed to take care of seriously ill patients at the National Cancer Institute (NCI) at the National Institutes of Health. I also launched my research career in NCI’s dermatology branch.

I came from a research background. My father, Hans Elias, was an anatomist of considerable renown who discovered, among many other things, the microscopic structure of the liver. He “shanghaied” me into working in the lab during several summers, even when I was still a high school student. As a medical student at the University of California, San Francisco (UCSF), I needed extra money. So I answered an ad placed by Dr. William Epstein, the newly appointed UCSF chairman of dermatology, for a job as a dish washer. When Dr. Epstein discovered I was already trained in research, he recruited me to develop his cell biology unit and to join his research projects. These were somewhat “checkered” projects that involved prisoners at a facility in Vacaville and mentally impaired patients at the California state hospital in Napa–studies that could not be carried out in today’s research environment. Epstein was also instrumental in getting me placed in the NCI’s dermatology branch during my military service.

I had many mentors who inspired me early in my dermatology career. They included Dr. Bruce Wetzel during my military years in Washington, and key scientific mentors, Dr. Daniel Friend and Dr. R. Jon Goerke, during my post-doctoral fellowship at UCSF. 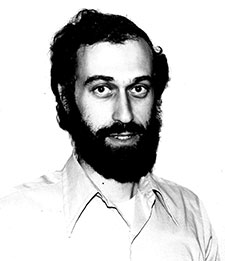 Elias during his tenure in the U.S. Public Health Service, based at the National Cancer Institute.

Elias during his tenure in the U.S. Public Health Service, based at the National Cancer Institute.


When and where did you serve in the military? Describe your military service.

Those of us serving at the National Cancer Institute were commissioned as lieutenant commanders in the U.S. Public Health Service. I helped take care of very sick patients that were hospitalized at NCI, where new forms of cancer treatments are developed. When not on the wards seeing patients, I did my first research on the skin. That set the stage for my residency in dermatology at Massachusetts General Hospital and my ensuing research career.


What kinds of research are you involved in? How does it potentially impact veterans?

My research for the past 43 years has focused on the skin’s most critical function. Skin provides a permeability barrier, restricting a loss of internal fluids that allows life in a terrestrial environment. With the assistance of many collaborators, post-doctoral fellows, and students from around the world, we have studied how that barrier is formed; what its structure and composition are; how its function is regulated; and how it signals responses in deeper layers when it’s perturbed. We then showed how it participates and initiates in the development of common inflammatory skin conditions, like eczemas and psoriasis. Finally, this work has led to developing over-the-counter skin care and prescription products that have helped patients in the VA health care system and in the general population—not only adults but also newborns and the elderly who display abnormalities in their skin barriers.

My military service at NCI, with the time I used to perform research, was critical to the development of my subsequent research program at the San Francisco VA. During my time at NCI, I was already studying aspects of the skin barrier and honing my skills as a cell biologist. Those skills have served me well during my VA research career.

Ultimately, all of my research has a common goal of helping patients. Much of my research has focused on the problems of aging skin, which is a growing problem within VA because of the changing demographics of our Veteran patient population. I’ve developed strategies, some already in the marketplace and some still in development, for treating the problem skin of many aging Veterans. One prominent example is the loss of the skin’s acid mantle with aging, which makes it susceptible to inflammation and infections. We discovered that we could correct the acid mantle and improve the health and quality of the life of Veterans and the older population at large with straight-forward approaches, including proper use of soaps and modified bathing habits.

Being of military age during the Vietnam conflict, although I was not physically in combat, and caring for Veterans from this conflict for more than 40 years, has left indelible scars on me and on many of my Veteran patients. Therefore, I very much feel a bond with patients of this era. I empathize and listen. We’re all in this together.

In my opinion, there are several key ingredients to success in research: to identify and stake out an area of research that is new and potentially important; to develop a burning desire to learn, which you quite literally must feel in your gut; and to have the strength to withstand repeated rejections of grant applications, publications, and career advancement.

I’ve discovered that this chosen life does not become any easier with time. It’s as challenging as ever to obtain research funding and to get one’s research published in leading journals. The struggle continues daily. The bright side of this struggle is that there’s a lot of very promising research happening world-wide, which we are all working to authenticate and expand upon.

And patience is a virtue! For those who don’t have a biology background, medical breakthroughs are based upon very minute discoveries in a cellular process. A researcher can work for many years solving a small part of a large puzzle. Hence, actual therapies, cures, and preventions are never overnight events. An enormous breakthrough can be made that’s only a small step toward a clinical solution.

Another ingredient to success is having the ability to work within a team environment. Collegiality is a key to success because everyone needs help with techniques and ideas that fall outside the scope of one’s own research environment at the time. Colleagues half my age have given me inspiration and breakthrough ideas. Always listen and be generous, open-minded, warm-hearted, inclusive, and welcoming!

I’m one of those types who will never retire. Although I just turned 77 years old, my lab is continuing to work in interesting research arenas. I was also fortunate enough to just receive government funding for another five years of VA research. Furthermore, I’m more focused than ever on seeing my basic science research reach practical fruition by working as a consultant to innovative companies. These companies are trying to bring new products to the market, some of which will benefit our Veteran patients.