VA Office of Research and Development

Dr. Matthew Kinnard, an Army Veteran, maintained oversight of all biomedical research activities in VA from 1979 to 1985 as chief of field operations for the VA Medical Research Service, which is today the VA Office of Research and Development. In his 43-year career in the federal service, he also carried out basic neurophysiology research on warm-blooded animals at the National Institutes of Health and served as a health scientist administrator for the National Institute of Dental Research and the National Institute of Child Health and Human Development. He served in the Army from 1959 to 1962 at the Water Reed Army Institute of Research, conducting lab research on viruses transmitted by insects. After retiring from the federal service in 2006, he worked as an adjunct professor of anatomy and physiology at the University of the District of Columbia for more than 10 years. He continues to serve as a science consultant for women and underrepresented minority institutions and as a mentor for students from high school through graduate and professional school. 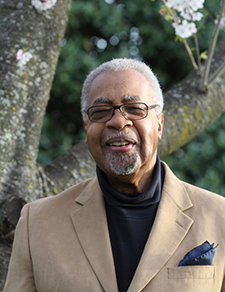 Dr. Matthew Kinnard, an Army Veteran, maintained oversight of all biomedical research activities in VA from 1979 to 1985.

Dr. Matthew Kinnard, an Army Veteran, maintained oversight of all biomedical research activities in VA from 1979 to 1985.

Based on my date of birth, it was my civic obligation to serve in the military, which I willingly did. I enlisted instead of being drafted so I could choose my permanent military occupational specialty, rather than risk being relegated to an advanced infantry unit. However, I mistakenly signed up for advanced training as a hospital medical nurse or as a corpsman treating and rescuing field casualties.

When I reported to Walter Reed Army Medical Center in 1959, as good fortune would have it, the placement officer noticed that I had earned a master’s degree in biology and offered me the chance to work in a lab designed to conduct Army research. Among the people who inspired me to fulfill my military obligation were my high school physical education instructor, himself a Korean War Veteran; several uncles and older cousins who had served and were serving in different branches of the military; a cousin and a brother-in-law, both of whom were original Tuskegee Airmen; and the entire air science (ROTC) faculty at Tennessee State University (TSU) that introduced me to a potential career in the U.S. Air Force.

My inspiration for a research career started with my high school principal and professors, my college professors at TSU, and my co-workers at my permanent military duty station, Walter Reed, including Major Cliff Arrington, an African American. One person in particular was Jimmy Evans, a brilliant African American civilian microbiologist at Walter Reed, now deceased. Although he never formally earned a doctorate, Mr. Evans earned two master’s degrees in microbiology. My inspiration continued with senior staff members of the National Institute of Mental Health and the National Institute of Neurological Diseases and Blindness.

Yes, at all stages of my career development. They included family members and Dr. Estelle Ramey, my graduate adviser at Georgetown University, where I earned a doctorate in 1971. 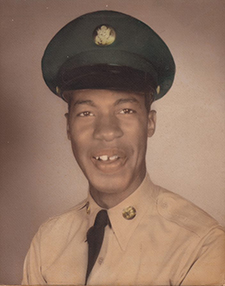 Matthew Kinnard at Fort Jackson in South Carolina in 1959.

Matthew Kinnard at Fort Jackson in South Carolina in 1959.

I was at Fort Jackson in South Carolina, Brooke Army Medical Center in Texas, and the Walter Reed Army Medical Center in Washington. Fort Jackson was physically challenging but necessary. Despite the fact that 60 years have elapsed since my basic training, I recall that the training cadre there consisted of a paratrooper company commander and an airborne ranger executive officer. Half the cadre of drill sergeants included former paratroopers. To further punctuate my basic training experience, my training unit was squarely atop the infamous “Tank Hill.” I think that sums up the physical challenge pretty good.

Brooke Army Medical Center was very collegial and friendly compared to Fort Jackson. Walter Reed was educationally and socially beneficial, since I met my spouse of now 58 years while stationed there. I also met many lifelong friends at Walter Reed with whom I still associate. I particularly enjoyed the camaraderie of participating in all types of extramural sports and the civilian-like atmosphere, in general. Also, during my stint at Walter Reed I discovered the National Institutes of Health (NIH), the institution that heretofore was a total mystery to me. My research interest was sharpened when I enrolled in advanced evening science courses offered by NIH. I had the chance to meet some people already employed by NIH.


What kinds of research were you involved in? How did it potentially impact Veterans?

I was assigned to a lab at the Walter Reed Army Institute of Research that was engaged in field studies of specimen obtained from every conceivable animal species that inhabited Assateague Island in Maryland. Also, while at Walter Reed, I worked directly with Dr. Paul Parkman, the co-discoverer of the rubella vaccine.

My immediate supervisor and the chief of the lab section on viruses transmitted by insects was Dr. Philip Russell. He eventually rose to the rank of major general and commanded the U.S. Army Medical Research and Development Command. The command had authority over the U.S. Army Medical Research Institute of Infectious Diseases, which was at Fort Detrick in Maryland and was involved in discovering a filovirus, allegedly the Ebola virus. General Russell dispatched a team of experts from this group to Reston, Virginia, to destroy the infected monkey colony.

These breathtaking activities led to the publication of the “The Hot Zone,” a best-selling 1994 nonfiction thriller. It was about the origins and incidents involving viral hemorrhagic fevers, particularly Ebola viruses and Marburg viruses. During my tour of duty at Walter Reed, along with other enlisted servicemen and officers in the virus and bacteriology departments, we spent several weeks at Fort Dix in New Jersey. We investigated the causes of excessive time missed during basic training by trainees due to a plethora of mysterious upper respiratory infections.

No, but it inspired my research career at NIH. As a VA employee, I was only involved in research administration rather than bench research. As a research administrator in the VA central office, I was chief of field operations for the VA Medical Research Service. I maintained oversight of all biomedical research activities in VA, which included more than 150 VA hospitals and clinics in the United States and its territories. Also, as a special assistant to the director of the Medical Research Service, I oversaw VA research on two emotionally charged topics of great interest to Veterans and their families: radiation-related research Injuries and the many disorders resulting from exposure to Agent Orange, the chemical defoliant the U.S. military used in the Vietnam War.

The radiation research focused mainly on the lingering fallout from the effects of the atomic bombs dropped on the Japanese cities of Hiroshima and Nagasaki at the end of World War II. I also oversaw and directed VA Agent Orange research during the post-Vietnam War era, when the climate and attitudes toward Veterans and their families were extremely raw. I testified on Capitol Hill several times on the status of the Agent Orange VA research being conducted at the time.

As a mid-level intramural research scientist at NIH for the National Institute of Mental Health, I perfected and patented a device used to probe the brains of monkeys to record electrical activity. This accomplishment resulted in a publication in an international research journal and received nationwide acclaim because of its novelty and use.  Also, as a health science administrator at NIH, I served on a trans-NIH committee of top administrators.

The committee’s role was to report research findings and breakthroughs related to the HIV-AIDS virus. None other than Dr. Anthony Fauci, currently the world-renowned czar of the response to the COVID-19 pandemic, chaired the committee. Finally, some of my NIH laboratory research contributed to a better understanding of the role and functions of selected hormones injected into the brains of warm-blooded animals to control Parkinson’s disorders. I retired from NIH in 2006.


How did you feel about the possibility of making life better for Veterans through your research?

I felt quite honored and useful knowing that my laboratory research and my research administrative activities directly impacted and benefitted active duty personnel and Veterans. I have an even greater appreciation for the significance of my work now than before.


Did being a Veteran give you a greater emotional tie to the work you performed or more insight into Veterans’ needs?

It most certainly did and still does.

Always strive for perfection: As mortal individuals, none of us are perfect, but we should always strive to be better today than yesterday and better tomorrow than today. Stated another way, if we shoot for the moon, perhaps we will reach the treetops.

Always seize the moment: My parents, particularly my mom, often said to me and my siblings, “Strike while the iron is hot.” In support of that sage advice, one should work while it is day, lest darkness fall upon us, and we cannot work.

Always abide by and practice the golden rule: If we practice this faithfully, no matter what our friends or foes do in return, we can take comfort in knowing that we gave it our best shot and that God almighty, who is a just God, will take care of the rest.