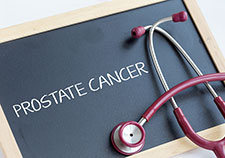 In consultation with their doctors, more Veterans with prostate cancer are choosing to skip immediate surgery in favor of watchful waiting, according to a VA study. (Photo ©iStock/relif)

In consultation with their doctors, more Veterans with prostate cancer are choosing to skip immediate surgery in favor of watchful waiting, according to a VA study. (Photo ©iStock/relif)

Veterans with low-risk prostate cancer are increasingly choosing to skip immediate surgery in favor of less aggressive treatment, according to results from a study published in JAMA.

Dr. Stacy Loeb at the VA NY Harbor Healthcare System and colleagues conducted a study of more than 125,000 Veterans diagnosed with low-risk prostate cancer. Reviewing claims data, they found that close to 60,000 Veterans were treated with a conservative approach. Nearly 38,000 men in this group received "watchful waiting," and slightly more than 22,000 received "active surveillance.”

"Our study shows that the VA health care system has done a good job over the last decade in adopting 'conservative management' of men diagnosed with early-stage disease," said Loeb, in a press release by NYU Langone Health. "This marks a historic reversal, at least in the VA, in the decades-long overtreatment of men with prostate cancers least likely to cause harm, and brings their care more in line with the latest best practice guidelines."

Recent guidelines put forth by the American Urological Association and the American Society of Clinical Oncology recommend a less aggressive approach to treatment for low-risk patients—one that holds off on surgery or radiation therapy.

The results of this study are in line with conclusions from the VA PIVOT study, which found that surgery did not result in a significantly lower death rate than observation for treatment of prostate cancer.