Can people in comas hear their loved ones' voices? 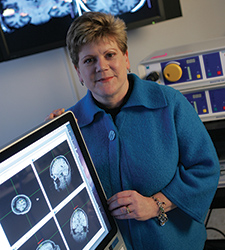 CBS News and other news outlets reported on a study by researchers at the Hines, Ill., VA hospital and Northwestern University that answered a question many family members ask when their loved ones with traumatic brain injuries are in a coma: Can they hear me? According to the study, the answer is yes.

The researchers found comatose patients became more responsive after hearing recordings of a loved one telling a familiar story several times a day for weeks. While none of the eight patients who got the treatment emerged to full consciousness during the study, they appeared to be more aroused and aware than a comparison group when assessed according to a standard coma scale.

The study included 15 patients in comas and vegetative and minimally-conscious states, around 70 days, on average, after each one's traumatic brain injury. Eight of the patients listened to recordings of stories from their past told by people they know well. The recordings were played for 10 minutes, four times, per day, for six weeks. The others lay in silence for the same periods.

When patients heard the voice of a family member calling their names out and reciting stories while they were undergoing MRI scans, their brains showed increased neural activity. Dr. Theresa Louise-Bender Pape, lead researcher for the study, told CBS News that the researchers saw changes in the blood oxygen level in brain regions associated with retrieving long-term memory and understanding language. "That means," she said, "they were using those regions of their brains."

CBS News also interviewed Godfrey Catanus, the only person in the study to have eventually recovered full consciousness from his coma after the study was completed. He recalled hearing his wife and his brothers' voices while he was in a state of disordered consciousness. "It was comforting to think that they were there with me," he wrote in an email. "It helped me by giving my brain something to connect with."