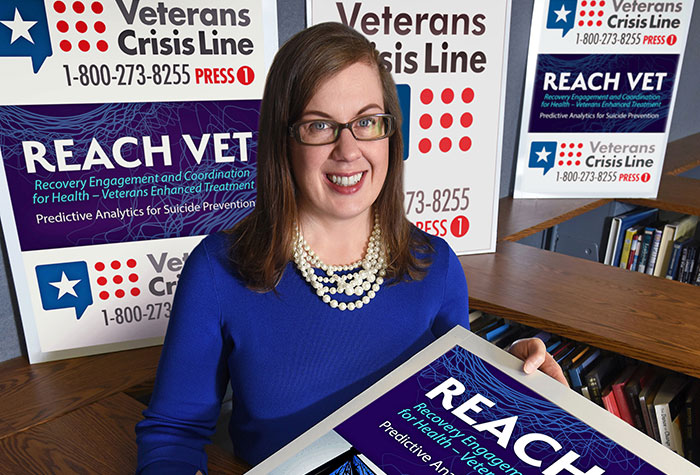 Dr. Sara Landes, a psychologist at the Central Arkansas Veterans Healthcare System, is leading a study to examine the implementation of REACH VET. (Photo by Jeff Bowen)

"REACH VET is about identifying a Veteran who has risk factors, so we can help that person before he or she reaches the crisis point."

Devising ways to prevent Veteran suicides is front and center on the minds of VA officials. An average of 20 Veterans a day are taking their own lives, a rate that has been holding steady in recent years. Studies have shown that former service members are more likely than non-Veterans to commit suicide.

One of VA’s prevention efforts is an outreach program aimed at predicting who may be at highest risk for suicide and intervening before a suicide occurs.

The program is REACH VET, or Recovery Engagement and Coordination for Health – Veterans Enhanced Treatment. It uses predictive modeling and medical record data to identify Veterans at highest risk for suicide. The model includes such variables as demographics, use of VA services, and medications. Once a Veteran is identified, his or her VA mental health specialist or clinician checks on the Veteran’s well-being and reviews that person’s treatment plan to determine if enhanced care is needed. 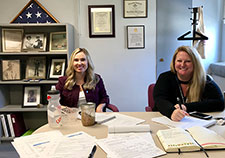 Dr. Sara Landes, a clinical psychologist at the Central Arkansas Veterans Healthcare System, is leading a study to examine the implementation of REACH VET. The program, launched in April 2017, is now in use at all VA medical centers. It’s run by VA’s Office of Mental Health and Suicide Prevention (OMHSP).

“VA has long been a leader in suicide prevention efforts,” Landes says. “REACH VET represents an innovative program to identify Veterans at risk for negative outcomes. It allows providers to re-evaluate or re-engage Vets in care to address their needs.”

Landes is focusing on the implementation of REACH VET at 28 VA sites. She and her team, in collaboration with OMHSP and VA’s Partnered Evidence-Based Policy Center (PEPReC), which has expertise in creating large VA data sets, have determined that those sites are struggling to implement REACH VET.

She says preliminary findings about the impact of REACH VET on Veteran outcomes are “promising but not definitive.” In its first year, the program identified 30,000 Veterans who are at risk for suicide.

“Early reports from the field demonstrated positive feedback from Veterans,” says Landes, who is also an assistant professor at the University of Arkansas. “We have initial data to support that the program is acceptable and feasible.”

The origins of REACH VET stem from a partnership between the U.S. Army and the National Institutes of Mental Health (NINH), with an eye on suicide prevention. A team of independent academic scientists funded by NIMH designed Army STARRS, otherwise known as the Army Study to Assess Risk and Resilience in Servicemembers. It’s a model to predict those in the Army who are at highest risk for suicide.

Dr. John McCarthy, an associate professor at the University of Michigan and the head of VA’s Serious Mental Illness Treatment Resource and Evaluation Center (SMITREC), developed the statistical model that is used for REACH VET by adapting the Army STARRs model. SMITREC has done predictive modeling on suicide prevention and is evaluating the impact of REACH VET on Veteran outcomes. VA’s Health Services Research and Development Service (HSR&D) has funded some of McCarthy’s research, but not his work on suicide prevention. 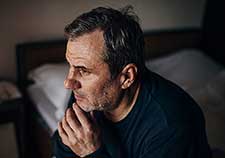 Screening for thoughts of suicide can identify missed chances to save lives, VA study says 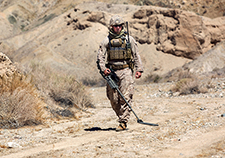 Teasing out the effects of blasts on mental health 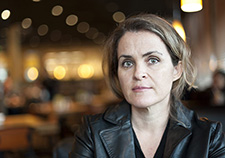 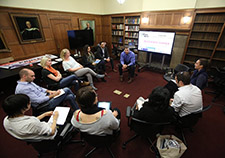 Suicide prevention is VA’s top clinical priority. According to a VA National Suicide Data Report for the period of 2005 to 2015, an average of 20.6 Veterans, including 3.8 active-duty service members, killed themselves each day in 2015. Male Veterans were 1.3 times more likely than non-Veteran adult men to commit suicide in 2015, and female Vets were twice as likely as non-Veteran adult women to kill themselves that year, the report said.

REACH VET is producing information that will inform VA facilities of their patients who are in the top 0.1 percent tier of suicide risk. Early results show the program is having a positive impact on Veterans: more health and mental health care appointments; declines in missed appointments; fewer inpatient mental health admissions; and lower all-cause mortality.

“REACH VET is not about trying to find the Veteran who is in crisis at that moment,” says Aaron Eagan, VA’s deputy director for innovation – suicide prevention. “REACH VET is about identifying a Veteran who has risk factors, so we can help that person before he or she reaches the crisis point.”

Landes and her team want to address potential kinks in the implementation of REACH VET to make sure it’s running as smoothly as possible. Her ongoing study calls for three clinical experts who are trained in implementation facilitation to visit the 28 sites to try to solve any problems they are having with REACH VET. One of the facilitators will go to all 28 sites, while the other two will take turns visiting the four sites in each of the seven VISNs (Veterans Integrated Service Networks) that are part of the evaluation. (Seven VISNs were identified as needing additional implementation support, with facilitation going to the four lowest-performing sites in each of those VISNs.)

Through interviews, the experts will try to figure out the barriers that clinicians and mental health officials are facing in implementing REACH VET and in improving the program. The facilitators will maintain ongoing contact and support with each site over a six-month period as part of the study.

“Think of the facilitators as collaborative problem-solvers,” Landes says. “During the site visit, their goal is to meet with everyone and hear how things are going. It’s not necessarily to look over their shoulder, but to be there and say, `How’s it going? What’s getting in your way?’ Then, they can offer suggestions on ways they can help solve problems that these VA hospitals may be having. Some people worry that the facilitators are going to come and tell the hospital workers what they’re doing wrong, but that’s not the case.”

The key implementation outcomes being measured are:

“Basically, the dashboard tracks all of the steps that the REACH VET team is supposed to complete,” Landes says. “The REACH VET coordinator indicates that the team has received the names of the Veterans and essentially marks off the first step. The coordinator indicates when they’ve identified the appropriate provider to interact with that Veteran and to review his or her chart. Then the provider indicates that it has received notification and has reviewed the chart and has attempted outreach to the Veteran. There’s outreach attempted and outreach completed. Essentially, the dashboard functions to see we are following up with each person the way we’re supposed to.”

The teams will visit each VISN in waves. While the first set of sites receives oversight, the others will function as a control while they wait. That will allow for comparisons of what works in implementing the program and what doesn’t.

“The design is ideal when there are logistical constraints on resources for a study,” Landes says. “Given the availability of only three facilitators, starting the sites in groups allows more of them to receive a limited resource. This will allow every site to receive the intervention, as opposed to some being randomized into not receiving it at all.”

In the end, Landes and her colleagues believe the presence of the facilitators will improve the reach, adoption and fidelity in the implementation of REACH VET. Data collected on facilitation will contribute to further knowledge of what it takes to get these improvements. Some of the VISNs in the study have received support thus far, although no preliminary results are yet available. The estimated completion date is December 2020.

“We will have both quantitative and qualitative data to work with,” Landes says. “We’ll have quantitative data in terms of how many Veterans the REACH VET teams have reached each month and on how many providers are participating in the program. We’ll also have information in terms of whether the sites are meeting the metric for the percentage of outreach they’ve attempted. We’ll also have data from interviews with the facilitators about their experiences and from interviews with the REACH VET team members at each site.”

This information is intended to provide a clear picture of how well REACH VET is functioning at the 28 sites. But the impact of the program across the VA system “will be realized over the course of the next few years, when we are able to evaluate its impact on Veteran outcomes, such as suicide attempts and death,” Landes says.