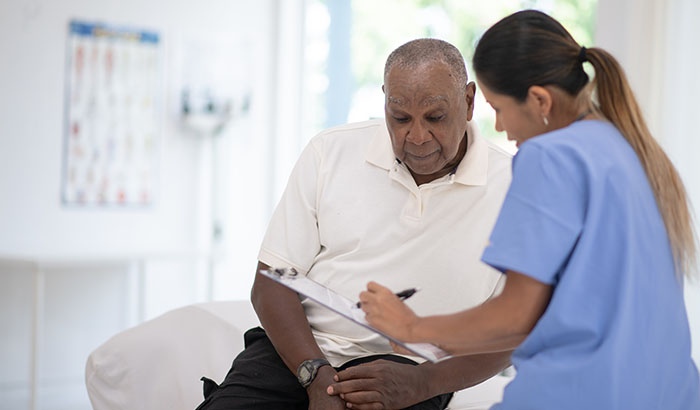 While “watchful waiting” may slightly increase mortality risk over prostate cancer surgery, it significantly lowers the risk of complications. (Photo for illustrative purposes only. @copy;iStock/FatCamera) 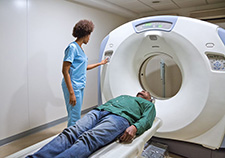 Investigators at the Minneapolis VA Healthcare System and the University of Minnesota found that “watchful waiting” or prostate specific antigen (PSA) monitoring may be the best approach for many men with prostate cancer. While practicing watchful waiting may slightly increase risk of death for some men clinically diagnosed with cancer, it reduces harm, compared to surgery. The findings will potentially help improve health care quality and inform clinical practice guidelines.

The results suggest that surgery for prostate cancer may be necessary only for younger patients and those with more aggressive cancers, according to lead study author Dr. Timothy Wilt, of the Minneapolis VA Center for Care Delivery and Outcomes Research, and the Minnesota Agency for Healthcare Research and Quality Evidence-based Practice Center.

“I hope that clinical guidelines incorporate this information and find a broader role for watchful waiting and PSA-based testing for most men,” noted Wilt.

After skin cancer, prostate cancer is the most-diagnosed form of cancer for men in the United States. It is the second leading cause of cancer death in U.S. men.

However, most cases grow slowly and do not cause symptoms, even if untreated. About 90% of cases are localized, meaning that the cancer is confined to the prostate gland and may not spread to other parts of the body. This is especially true in men diagnosed currently by blood testing for PSA.

The vast majority of men with prostate cancer (90%) do not die from it.

Despite the fact that prostate cancer is often slow-growing, many patients and doctors opt for an aggressive approach to care, such as surgery or radiation, which can result in urinary, sexual, and bowel problems. Radical prostatectomy—surgery to remove the prostate gland—is the most common treatment for prostate cancer. An alternative is watchful waiting, in which direct treatment is deferred while patients are monitored for symptom changes and possible cancer spread.

The researchers conducted a systematic review of 67 studies to compare the effectiveness of watchful waiting versus radical prostatectomy, along with several other treatments. The review is one of the first studies to look at very long-term results.

The results showed that watchful waiting may increase the risk of both the spread of cancer and death from cancer, compared with surgery, in men with clinically detected cancer. Importantly, the studies comparing the two treatments were long-term studies, looking at results over 20 years, begun before PSA testing became common. Clinical detection of prostate cancer relies on physical examination and biopsy. PSA testing, on the other hand, can detect cancer earlier and find smaller, slower-growing tumors. PSA testing is able to diagnose prostate cancer up to five years or so before it would be clinically detectable.

Different studies reviewed found varying levels of risk: overall, after 20 to 25 years, watchful waiting was linked to an increase in death from any cause of 5% to 15%, and an increase in cancer-related death of 4% to 10%. However, patients undergoing watchful waiting had lower rates of urinary and erectile dysfunction than those who underwent radical prostatectomy.

Age and the risk level of the cancer affect how necessary and effective surgery may be, according to the researchers. In patients whose cancer is deemed low-risk, death from prostate cancer is infrequent even without treatment. Additionally, surgery did not reduce death in men 65 and older. Because of this, radical prostatectomy may be indicated only in younger men (those under age 65) or men with intermediate and high risk disease, say the researchers.

Although watchful waiting was linked to higher mortality risk in some men, Wilt explained that the risk must be taken in context of the time frame. A 5% higher risk of death over a 20-year period means that most men with slow-growing prostate cancer will live out their lives before the cancer causes problems, he says. Watchful waiting could let most patients avoid the potential harms of surgery without raising their risk of death.

In the Prostate Cancer Intervention Versus Observational Trial (PIVOT), a large VA cooperative study on prostate cancer treatments, most doctors expected surgery would improve patient mortality rates by 30% to 40%. However, the study found that surgery led to only a 4% to 5% improvement in mortality rate over a period of 20 years. The harms caused by radical prostatectomy may outweigh the marginal benefits for many patients, says Wilt.

Little data exist on other treatments, such as external beam radiation versus other forms of radiation, “minimally invasive” approaches such as ultrasound, and other types of tumor surveillance, including magnetic resonance imaging (MRI) for tumor detection. Findings show that large, long-term randomized studies are needed to determine the best prostate cancer treatments, say the researchers.

The study was funded by the Agency for Healthcare Research and Quality, a division of the Department of Health and Human Services.