ORD Home » Currents  » Blood pressure drug found to be better for bones, versus other treatments ...

Blood pressure drug found to be better for bones, versus other treatments 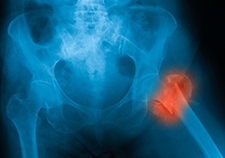 A study based on data from ALLHAT, a landmark clinical trial comparing blood pressure drugs, found that a certain class of blood pressure medication is associated with a lower risk of fractures for those with osteoporosis. (Photo: ©iStock/Sutthaburawonk)

A study based on data from ALLHAT, a landmark clinical trial comparing blood pressure drugs, found that a certain class of blood pressure medication is associated with a lower risk of fractures for those with osteoporosis. (Photo: ©iStock/Sutthaburawonk)

Past research had suggested that thiazide-type diuretics improve bone strength, but no studies had compared them to other blood pressure treatments. The new study, a follow-up analysis of data from a large trial a few years ago, links chlorthalidone, a thiazide-like diuretic, to a lower risk of hip or pelvic fractures, compared with two other hypertension drugs, amlodipine and lisinopril.

In fact, say the researchers, it's likely that chlorthalidone actually improves bone health, in addition to another major side benefit—cardiovascular protection. Whether or not the other classes of hypertension drugs help or hurt bones is less clear. The new results could help clinicians decide which blood pressure treatment to recommend for certain patients.

Chlorthalidone was associated with a 21 percent lower risk of hip and pelvic fractures, compared with the other two drugs.

The findings appeared in January 2017 in JAMA internal Medicine.

Chlorthalidone is a thiazide-type diuretic, or water pill. It is sold as Hygroton. Diuretics are an older form of hypertension medication, and they are often less expensive than newer classes of drugs. They work by increasing the amount of water and salt expelled from the body as urine. Their use has been declining in favor of newer drugs.

The other two medications in the comparison were amlodipine (sold as Norvasc), a calcium channel blocker; and lisinopril (sold as Zestril), an ACE inhibitor. 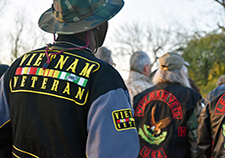 Chlorthalidone was associated with a 21 percent lower risk of hip and pelvic fractures, compared with the other two drugs. Over five years of follow-up after ALLHAT, fracture risk continued to be lower in chlorthalidone users. The researchers say this suggests that thiazide-type diuretics have lasting effects on bone strength.

The researchers think that thiazide diuretics such as chlorthalidone may help bones because of a positive effect on the body's calcium balance. They may also directly stimulate osteoblasts, the cells that make new bone.

The results line up with other research findings. An analysis by University of Texas researchers of previous studies showed that thiazide-type diuretics were associated with a 24 percent lower risk of hip fracture, compared with other hypertension drugs.

The fracture study used data from a larger study on hypertension and cardiovascular disease, known as ALLHAT. Conducted between 1994 and 2002, and sponsored by the National Institutes of Health, it was the largest clinical trial ever conducted to compare hypertension drugs. ALLHAT enrolled more than 42,000 participants, including more than 7,000 Veterans at 70 VA medical centers. One of the researchers leading ALLHAT, Dr. William Cushman of the Memphis (Tennessee) VA Medical Center, is an author on the new fracture analysis.

Among other results, ALLHAT showed that chlorthalidone was better than amlodipine, lisinopril, and doxazosin mesylate (an alpha-adrenergic blocker) at preventing cardiovascular disease. All four drugs tested had been previously shown to reduce high blood pressure. However, in ALLHAT diuretics were shown to be superior in both treating high blood pressure and preventing cardiovascular events.

Doxazosin testing was stopped early in ALLHAT, so it was not considered for the fracture study.

The main results from ALLHAT appeared in 2002 in the Journal of the American Medical Association.

One of the main conclusions of ALLHAT was that thiazide-type diuretics should be the drugs of choice for initial hypertension treatment in most patients, because of their low cost and cardiovascular benefits. The new findings on bone health should provide further support for their use, especially for patients at higher risk of fractures.